Dragon*Con 2009. One of the largest fandom conventions in the country, Dragon*Con takes over four hotels in downtown Atlanta every Labor Day weekend. This year was the 23rd year, making the convention as old as I am. This year was my second time going.

Dragon*Con makes experiencing the entire con difficult. It’s really a group of several mini-cons (not like Transformers Armada) with its several programming tracks, some of which having more content on their own than some other complete cons. All of these are spread out among the four convention hotels. If your interests are spread out among several fandom genres, expect some walking.

Registration to such a large con would understandably take a while. Despite reserving a fan table, we still had to go through regular registration. Surprisingly ot much of a problem. Friday morning registration actually wasn’t that bad, getting done under an hour. This is primarily because of the flood of pre-registration attendees on Thursday night for the Friday morning 10 a.m. Shatner/Nimoy panel (William Shatner’s only panel all con). From what I hear, that line wrapped around the hotel registration was in a couple of times. To these individuals, I must thank you for making my registration experience quicker than expected.

Most of my convention time was spent manning the GMX booth (What is GMX?), even more so than usual, so I don’t really have many events to talk about. Panel-wise, I mostly hovered around the anime and animation tracks, which were a floor below our booth. How to Run a Convention is pretty self-explanatory, and that one, I was on with probably the least experience of the panel.  Animation at War was an informative and entertaining look at the history of animation going into WWII and its use as propaganda, mostly from the US side (a similar panel with Russian emphasis was the night before). Fans and Freaks discusses the con documentary of the same name by Steven and Suzie Lackey (check out their CineGeek site yours truly writes for). This panel was the last in the room for the night, so we stayed after and recorded an episode of the CineGeek podcast.

One especially neat event was the Mad Scientist Ball. Why? Because effing tesla coils. And pie.

People and the random encounters and happenings we do together are what make every convention. While I didn’t go to most of the events I wanted to or see many guests, I had a great time hanging out with people. That’s what matters. That and actually managing driving in downtown Atlanta, my greatest accomplishment of the whole trip.

This piece has taken longer than it should. Oddly enough, it’s not really that long. Dragon*Con is definitely one of those cons that requires a good decompression period afterwards. After thinking about the whole trip, it was fun. Even if you don’t attend most of the con’s events, it can be fun with the right people. Just goes to show that no matter the content, it’s always the social experiences that make the con, the convening that makes the convention. With thousands and thousands of people attending Dragon*Con each year, social experiences are in no short order. 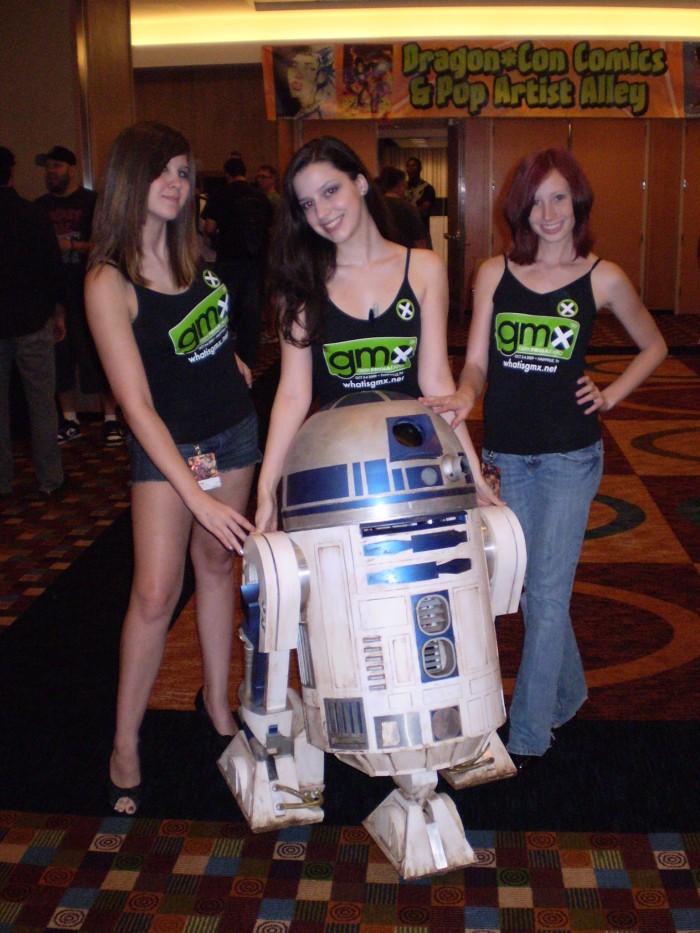 (To find more of my D*C photos, check them out on Facebook.)